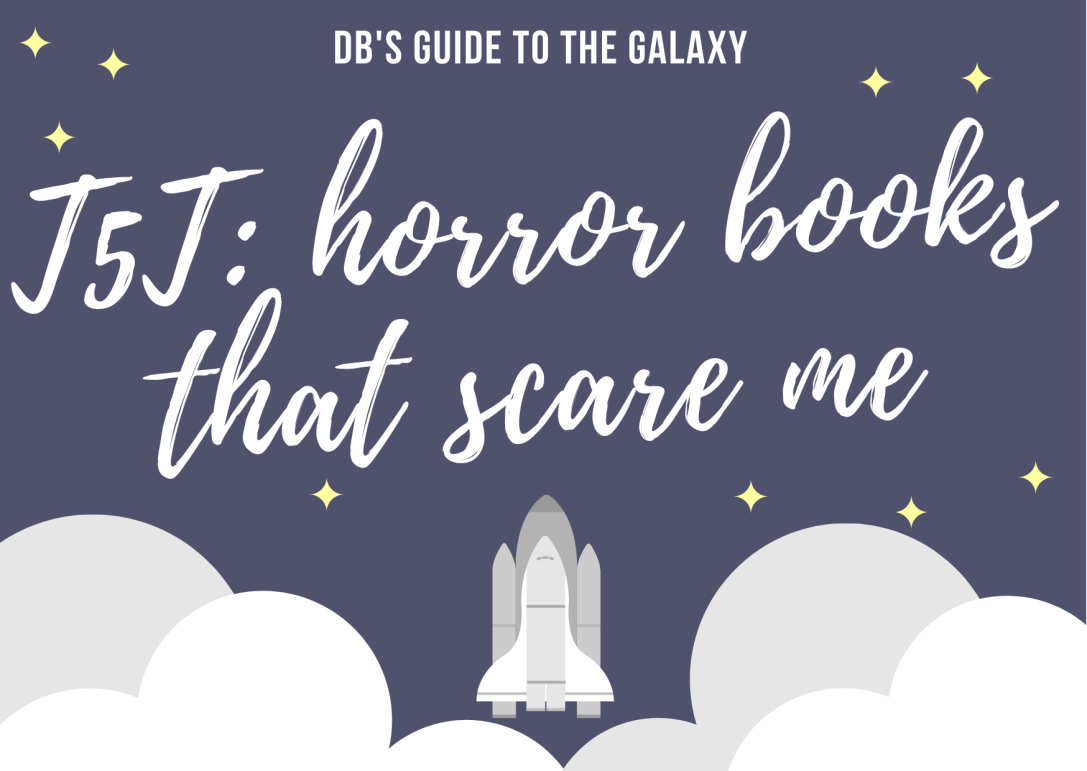 What Meeghan @ Meeghan Reads says, so shall I. Which books has she chosen? Scare yourself here by looking!

Once again, GR is for Goodreads and SG is for The Storygraph.

The Taking of Jake Livingston by Ryan Douglass (GR/SG) – Get Out meets Danielle Vega in this YA horror where survival is not a guarantee.

Jake Livingston is one of the only Black kids at St. Clair Prep, one of the others being his infinitely more popular older brother. It’s hard enough fitting in but to make matters worse and definitely more complicated, Jake can see the dead. In fact he sees the dead around him all the time. Most are harmless. Stuck in their death loops as they relive their deaths over and over again, they don’t interact often with people. But then Jake meets Sawyer. A troubled teen who shot and killed six kids at a local high school last year before taking his own life. Now a powerful, vengeful ghost, he has plans for his afterlife–plans that include Jake. Suddenly, everything Jake knows about ghosts and the rules to life itself go out the window as Sawyer begins haunting him and bodies turn up in his neighborhood. High school soon becomes a survival game–one Jake is not sure he’s going to win.

Okay, so… I haven’t actually finished this. But I KNOW this is going on here. I was lying in bed one night and listening to it and the one scene had someone crawling out from under a bed (because it’s a horror book. I can’t remember if it was a ghost or if Jake was imagining it – but I kept imagining something crawling out from under my bed. Now, let me explain – my bed’s base… is on the floor. I do not have an under the bed space. But that’s how good the book is – it made me forget my base is on the floor. 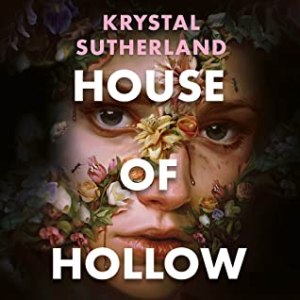 House of Hollow by Krystal Sutherland (GR/SG) – Seventeen-year-old Iris Hollow has always been strange. Something happened to her and her two older sisters when they were children, something they can’t quite remember but that left each of them with an identical half-moon scar at the base of their throats.

Iris has spent most of her teenage years trying to avoid the weirdness that sticks to her like tar. But when her eldest sister, Grey, goes missing under suspicious circumstances, Iris learns just how weird her life can get: horned men start shadowing her, a corpse falls out of her sister’s ceiling, and ugly, impossible memories start to twist their way to the forefront of her mind.

As Iris retraces Grey’s last known footsteps and follows the increasingly bizarre trail of breadcrumbs she left behind, it becomes apparent that the only way to save her sister is to decipher the mystery of what happened to them as children.

The closer Iris gets to the truth, the closer she comes to understanding that the answer is dark and dangerous – and that Grey has been keeping a terrible secret from her for years

Nobody take notice that this is the third week in a row that I have this on my list. But it’s just so good! Like I kept thinking I was in the book and seeing what the sisters saw. And then hoping I never have to actually see it.

Into the Drowning Deep by Mira Grant (GR/SG) – Seven years ago, the Atargatis set off on a voyage to the Mariana Trench to film a “mockumentary” bringing to life ancient sea creatures of legend. It was lost at sea with all hands. Some have called it a hoax; others have called it a maritime tragedy.

Now, a new crew has been assembled. But this time they’re not out to entertain. Some seek to validate their life’s work. Some seek the greatest hunt of all. Some seek the truth. But for the ambitious young scientist Victoria Stewart this is a voyage to uncover the fate of the sister she lost.

Whatever the truth may be, it will only be found below the waves. But the secrets of the deep come with a price.

Listen, I love the sea and watching movies at sea and well, never want to imagine myself out on the open sea or in the open sea because sharks, krakens, mermaids, whatever. This book was a fantastic meeting of the two. Fulfilling my love of the sea and even linguistics and absolutely scaring me with the thoughts of something in the deep dark sea. And also reminding me that mermaids aren’t always the cutesy stuff you see!

Rules for Vanishing by Kate Alice Marshall (GR/SG) – In the faux-documentary style of The Blair Witch Project comes the campfire story of a missing girl, a vengeful ghost, and the girl who is determined to find her sister–at all costs.

Once a year, the path appears in the forest and Lucy Gallows beckons. Who is brave enough to find her–and who won’t make it out of the woods?

It’s been exactly one year since Sara’s sister, Becca, disappeared, and high school life has far from settled back to normal. With her sister gone, Sara doesn’t know whether her former friends no longer like her…or are scared of her, and the days of eating alone at lunch have started to blend together. When a mysterious text message invites Sara and her estranged friends to “play the game” and find local ghost legend Lucy Gallows, Sara is sure this is the only way to find Becca–before she’s lost forever. And even though she’s hardly spoken with them for a year, Sara finds herself deep in the darkness of the forest, her friends–and their cameras–following her down the path. Together, they will have to draw on all of their strengths to survive. The road is rarely forgiving, and no one will be the same on the other side.

Mixed Media and Found Footage. But in a book. Absolutely amazing and definitely made me regret reading it late at night. It’s also a very immersive book – just draws you right in and you can picture yourself alongside the characters. And also reminding yourself to never do what they’re doing 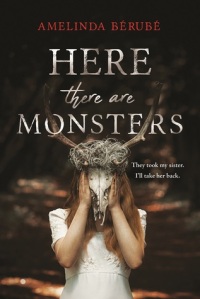 Here There Are Monsters by Amelinda Bérubé (GR/SG) – The Blair Witch Project meets Imaginary Girls in this story of codependent sisterhood, the struggle to claim one’s own space, and the power of secrets

Sixteen-year-old Skye is done playing the knight in shining armor for her insufferable younger sister, Deirdre. Moving across the country seems like the perfect chance to start over.

In their isolated new neighborhood, Skye manages to fit in, but Deirdre withdraws from everyone, becoming fixated on the swampy woods behind their house and building monstrous sculptures out of sticks and bones.

And when something awful comes scratching at Skye’s window in the middle of the night, claiming she’s the only one who can save Deirdre, Skye knows she will stop at nothing to bring her sister home.

I need to re-read this because I don’t remember everything, but I do remember this giving me some very scary vibes and please don’t go outside late at night!

I have a couple of books that are in the horror genre that are still to be read/planning on reading very soon so HOPEFULLY if this prompt comes around again or I post a horror book recommendation list, I’ll have more options to go through.

What kind of horror elements do you like seeing in books? Are they the same in movies? Or do you prefer subtle horror books? Tell me down below in the comments!

8 thoughts on “Top 5 (books that scare you) Tuesday”