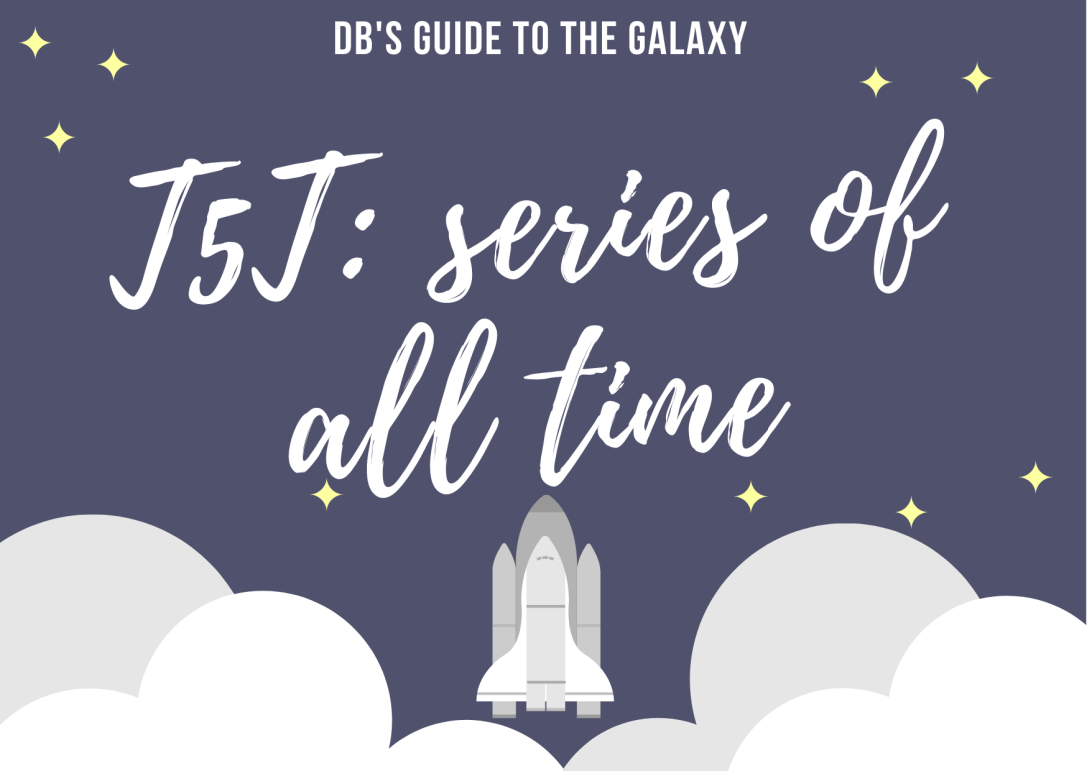 There are a couple of series I haven’t finished yet… so I don’t know if they’ll be on here 😄 I can’t tell the future! Let’s go! Meeghan @ Meeghan Reads once again does all of this and you can find this latest post here! GR – Goodreads, SG – The Storygraph. 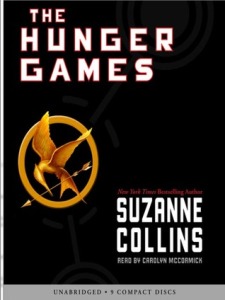 The Hunger Games by Suzanne Collins (GR/SG) –In the ruins of a place once known as North America lies the nation of Panem, a shining Capitol surrounded by twelve outlying districts. The Capitol is harsh and cruel and keeps the districts in line by forcing them all to send one boy and one girl between the ages of twelve and eighteen to participate in the annual Hunger Games, a fight to the death on live TV.

Sixteen-year-old Katniss Everdeen, who lives alone with her mother and younger sister, regards it as a death sentence when she steps forward to take her sister’s place in the Games. But Katniss has been close to dead before-and survival, for her, is second nature. Without really meaning to, she becomes a contender. But if she is to win, she will have to start making choices that weigh survival against humanity and life against love.

Yes, I haven’t actually finished this series (still need to listen to the last book) but I have watched the movies a ton of time and now read the first two books and really loved those, so obviously I can choose this series as excellent. And I do, because it is. As much as I love the movies, book!Katniss is just better? The movies are great at showing her personality but the books definitely show it more. I’m definitely Team!Peeta. Sorry, Gale, but I would absolutely punch you if I could 😂 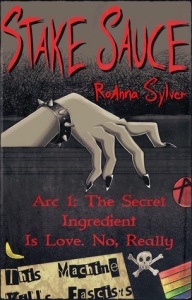 Stake Sauce, Arc 1: The Secret Ingredient Is Love. No, Really by RoAnna Sylver (GR/SG) My Review – ARC 1, IN WHICH: A cute punk-rock vampire and a disabled firefighter-turned-mall-cop with a dark past join forces to battle the forces of evil.
Jude used to leap out of helicopters to rescue/protect people from terrifying infernos. Now, by day, he protects the local mall from rowdy teenagers who ride their skateboards inside. By night, he protects the the parking lot, and the rest of Portland, from undead, bloodsucking creatures of the darkness. Or would if he could find them.

Pixie refuses to bite anyone. Assault/murder/draining fluids isn’t punk, even if being a vampire really kind of is. He’s very hungry by now, and the much bigger, meaner, deadlier vamps kick him around on the nightly. Jude would love to find and fight some actual undead bullies. And Pixie could use some help staying… ‘alive.’ Time to make a deal.
Of course, life still sucks when you’re a vampire who refuses to suck blood. Fortunately, there’s a really interesting new barbecue restaurant in the mall, with an intriguing new recipe. (They say the secret ingredient is… love. No, really.)

I love RoAnna’s mind so so much.  And also their books. And their covers. Just everything. So definitely go read this series! There’s 2 books so far and their other series (Chamelon Moon) is just as amazing. Sylver is definitely an auto-read author for me! 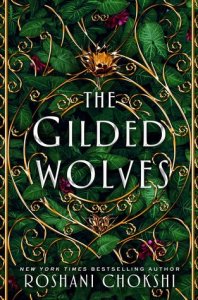 The Gilded Wolves by Roshani Chokshi (GR/SG) My Review – From New York Times bestselling author Roshani Chokshi comes a novel set in Paris during a time of extraordinary change–one that is full of mystery, decadence, and dangerous desires…
It’s 1889. The city is on the cusp of industry and power, and the Exposition Universelle has breathed new life into the streets and dredged up ancient secrets. Here, no one keeps tabs on dark truths better than treasure-hunter and wealthy hotelier Séverin Montagnet-Alarie. When the elite, ever-powerful Order of Babel coerces him to help them on a mission, Séverin is offered a treasure that he never imagined: his true inheritance.
To hunt down the ancient artifact the Order seeks, Séverin calls upon a band of unlikely experts: An engineer with a debt to pay. A historian banished from his home. A dancer with a sinister past. And a brother in arms if not blood.
Together, they will join Séverin as he explores the dark, glittering heart of Paris. What they find might change the course of history–but only if they can stay alive.

Be honest here, which streaming service/network’s door do I have to camp out until someone adapts this? Because I will literally do it. I’ll do it for this series!! 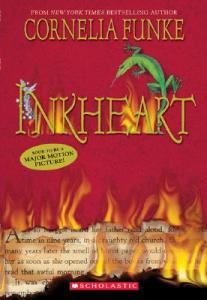 Inkheart by Cornelia Funke, Anthea Bell (Translator) (GR/SG) – One cruel night, Meggie’s father reads aloud from a book called INKHEART– and an evil ruler escapes the boundaries of fiction and lands in their living room. Suddenly, Meggie is smack in the middle of the kind of adventure she has only read about in books. Meggie must learn to harness the magic that has conjured this nightmare. For only she can change the course of the story that has changed her life forever.

This is INKHEART–a timeless tale about books, about imagination, about life. Dare to read it aloud.

I’m very very sure I’ve mentioned that I love this series like 50 times but here’s the 51st time because I really do! Yes, I was that girl who was always reading, so I can’t say exactly which book or series really got me into reading (if I had to guess, probably Malory Towers 😄), but this series is definitely a contender. 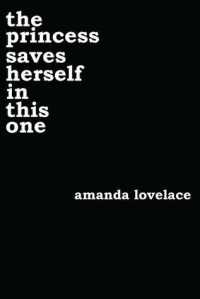 The Princess Saves Herself in This One by Amanda Lovelace (GR/SG) – “Ah, life- the thing that happens to us while we’re off somewhere else blowing on dandelions & wishing ourselves into the pages of our favorite fairy tales.”
A poetry collection divided into four different parts: the princess, the damsel, the queen, & you. the princess, the damsel, & the queen piece together the life of the author in three stages, while you serves as a note to the reader & all of humankind. Explores life & all of its love, loss, grief, healing, empowerment, & inspirations.

I love this series. It’s a good poetry series, it’s a good series all in all. Even if you don’t like poetry it’s still good. It’s not like traditional, classic poetry and that’s  what I like so much about modern poetry – that it’s not ‘stuffy’ and hard to understand.

There are some series that I haven’t finished yet. Okay, sure, The Hunger Games is in this list, but I know I’m going to finish that soon. Not like Scythe (Neal Shusterman, where I read the first book and really loved it, read a bit of the second book and haven’t gone back to the series again). And also The Beautiful (Reneé Ahdieh – read the first book and that’s it! But loved it!). I do intend to read and finish all the series… just, yanno, that mythical time when I finish all my other reads 😂

What are some series you absolutely love and need to shove at everyone? Share any with me? Come and tell me about it 🤗

2 thoughts on “Top 5 (series of all time) Tuesday”