The LAST DAY of October and Bookending Autumn?? 🤯

So, for the last day, Sam @ Fictionally Sam set out this super great film tag which I’m very excited to get to!

Hocus Pocus – A character you wished lived on for forever

Titania from A Spark of White Fire – I’m racing through the sequel – started last night at like 5% and only stopped around 55% – this book is just exceLLEnt GO READ THE SERIES. And Titania is just fantastic and deserves all the awards.

Scream – A book that was hilariously scary

I don’t think I’ve read any hilariously scary books? Funny books, yes. Scary books, starting to. But not them together. I’d like to!

Coraline – A fictional world you wished you lived in

I realised I haven’t spoken about the Inkworld trilogy for a while so, the Inkworld is one of the GREATEST fictional worlds I have read. It’s just so??? well thought out?? And the characters you find in there is just amazing? It’s a world IN another world?? And I also realise I don’t even have reviews for this trilogy (which is just awful) so when I get back to SA, I’m definitely reading them again and reviewing them! I could just borrow an ebook… but I really want my paperbacks and highlight in them 🤷🏻‍♀️

Halloweentown – Name a book that is full of magic!

Carry On – Will I ever not stop talking about this book? I don’t think so! But yes, this is one massively magical and gloriously good.

I do not really ascribe to the whole thing about Valentine’s Day – like I’m just not a fan at all, not into that in the slightest. BUT, however, I do believe Red, White & Royal Blue should be read during the ‘love season’ – okay like February or something. Probably not a total season, but it sort of half counts. But then again you could just read the book all year round and it’ll still be great.

Beetlejuice – Name a character that haunts you

The Pale Man!! From Pan’s Labyrinth – I’ll add a picture from the movie so you can feel my horror. 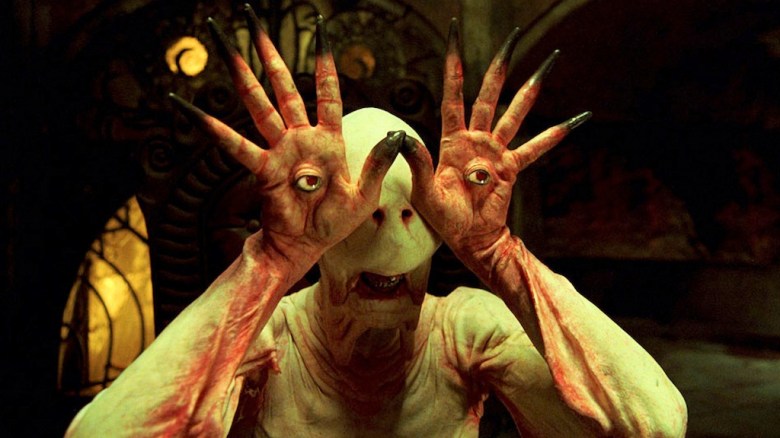 Fence – Okay, so like HEAR ME OUT. Yes, I’ve only read the first Volume of this – but I think it’ll be superb as a musical!! Like?? Just all the fencing?? And the characters? I hope you feel the same and if you don’t, oh well.

Edward Scissorhands – A story you wish you could cut up

Street Freaks – definitely Street Freaks. This book was a mess and the female love interest did not need to be written that way, but of course, she was, for whatever purpose.

It’s the Great Pumpkin, Charlie Brown – A book that reminds you of your childhood

I wanted to use Inkheart (the Inkworld trilogy) again but then I decided to choose something else that’s really close to my heart and that is Perry Johns – I mean Percy Jackson! This series (and all the other books) were such a huge huge help to me as it was the first time I saw myself? in a character? Like a character can have ADHD and save the day AND annoy people? WHAT??!!! So yes, many many nights were spent rereading the first book – until my library got the second book.

I also think next year I want to reread everything – and also start on The Trials of Apollo, so of course with Percy Jackson – probably with the graphic novels as well as the audiobook 😁

Ghostbusters –  A book with a catchy tagline

Ignite the Stars – KEEP YOUR ENEMIES CLOSE – that’s the tagline But also good advice. And it’s a super excellent book too!!

There’s all my answers! Did you like them? Hope you had a good October and remember to stay spooky (sorry, I had to).

Join 851 other followers
Follow DB's Guide to the Galaxy on WordPress.com