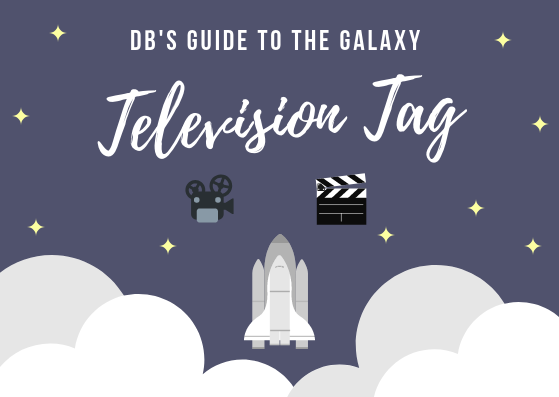 Thanks Isabelle @ Bookwyrm Bites and Tanvi @ A Reader To Whatever End for tagging me in the Television Tag!

I admit, I’m a huge huge fan of tv series – like as much as I love movies, series are a bit better (there’s just always more – well, hopefully). So none of these favourites or least favourites are in actual order, because that’ll mean me having to pick and choose, and I just don’t want to do that. And there’s probably like 9 or something shows I forgot about to add to the favourites, but have included them in my currently watching list.

Also I have a lot of favourites and probably more that I’m watching currently so don’t judge – my ADD has fun juggling like 7 shows at once. And please, please take the time to roast me for not carrying on with good/your favourite shows in the comments. And – this is gonna be a long one. So get some snacks and do some finger exercises. Basically, just make sure that you exercise.

I’m very across the board with my genres as I watch a lot of shows. Basically if the synopsis sounds good, or it’s been hyped up by reviewers, or if there’s any of the cast that I know and like, I’ll add it to my list. I think crime shows, fantasy/paranormal/sci-fi shows, and high school-centred shows are my favourite favourite genres. But I do also like medical shows and some sitcoms work for me – like, I can watch The Big Bang Theory, but not as much as I used to back then, mostly because all the jokes are just annoying.

While I was still writing this in the beginning, I wrote Riverdale here. But I’ve now watched a season of Riverdale and while the writing and characters can be a bit… over the top at times? I still like it.

But my least favourite show is probably a show that doesn’t hold much interest for me – I know, very vague – but it’s true. If I watch an episode of a show and don’t like it, I won’t watch it. And I actually forget about the name. Like True Detective – my dad and I tried watching it and it never grew on us. On the other hand, he loved Westworld and I found it weird and probably won’t watch it again. Or maybe I will if I follow along with an Unspoiled podcast.

Or my least favourite show would also be some types of reality tv shows – there are those I like (ANTM!!!) and there’s those I don’t watch (The Bachelor. I just don’t understand the hype). Or any type of dating shows or anything to do with weddings.

Oh boy. Okay, so: Glee, Grey’s Anatomy. Supernatural. Even though I haven’t caught up a lot re Greys and SPN.

5. Do you prefer watching week-by-week or binge watching?

Binge watching. Definitely binge watching. Sometimes I’ll even wait for a season to finish so I can just watch all of it in one go rather than wait for them to come out – like I like to know what happens in the next episode and don’t like it if there’s no new episodes. I mean if it’s a series I’m really really into I’ll watch it week-by-week but I won’t like it and will try to focus on another series so I don’t have to cry about not seeing the new episode.

I’m just going to try to keep to established ships and not fan ships because honestly we could be here all night.

Schmico (Levi Schmitt and Nico Kim) from Grey’s Anatomy – they’re newly found and newly loved, by me. I love them very much and they’re so fantastically precious.

Klaine (Kurt Hummel and Blaine Anderson) from Glee – I know the specific episodes where they have couple moments so I’ll go watch just that part and then choose another series to keep on watching.

Even (Isak and Even) from Skam. These two are just too adorable for words and they’ve been through so much and I just want to see them always on my screen.

Gallavich (Ian Gallagher and Micky Milkovich) from Shameless. The reason how I got into this show is because of my friend kept sending me like a million of their scenes and quotes from Tumblr until I caved and watched it.

8. Shows you could never get into?

True Detective – I watched the first episode and nothing in it interested me? So I left it and went to watch something else.

Penny Dreadful – I tried getting into this because I think this has Famke Jansen in? Or maybe it’s another series? I just didn’t pay any attention and the story didn’t seem like it was progressing so I stopped watching it.

I did mention it earlier, but Westworld. I didn’t understand the concept and it bored me so much.

9. Show you fell out of love with?

Shameless. Listen, I love Shameless. So much! But I think the last episode I remembered watching was somewhere in the sixth season. Or very early in the seventh season. I think the writing has just been really lacking and while I have started it over again – because I couldn’t remember half the things that go into this series (meaning all the weird-ass moments, and also anything Frank says); I will probably zone out once the writing goes south.

Arrow – yeah, as much as I loved Felicity, the show was getting so boring. I’ll probably pick it up in the future, knowing now that it has an end date (I think).

Also, THE WHISPERS. Like how could you watch that first season AND NOT want another season?? It had so much intrigue and was amazing and they just decided to cancel it? Networks seriously do not understand how to read audiences. The audiences know how to read audiences and therefore should be hired. In this essay I will –

America’s Next Top Model. My top guilty pleasure show – this is the best and I just love watching the models and going ‘this is not how you model’ even though I have like no modelling experience. Also I like watching the models gossip about the other models. And the makeover episodes are my favourite to watch. Like, girl??? Why are you crying about cutting your hair??? It grows back??

12. What are you currently watching?

I have a sticky note on my laptop that I use to track all the shows I’m currently watching by season and episode. I also use TV Time (in case you use that to keep track of everything, or want to, feel free to add me as a friend). I’ll list my shows here as actually currently watching and watching but not currently and won’t even mention the shows I still need to finish but just haven’t gotten around to.

That’s all the shows I’m watching (I joke, there’s so many more that should actually be under the Watching, but not currently column. And then probably some in the Actually Currently Watching column.

I’m tagging Jayati @ It’s Just a Coffee Addicted Bibliophile, Arya @ Arya’s Fangirl Lexion, Lindsey @ Singer of Stories, Sarah @ Earth to Sarah, Deyae @ Liborum in Sempiternum, and of course anyone who wants to do it! 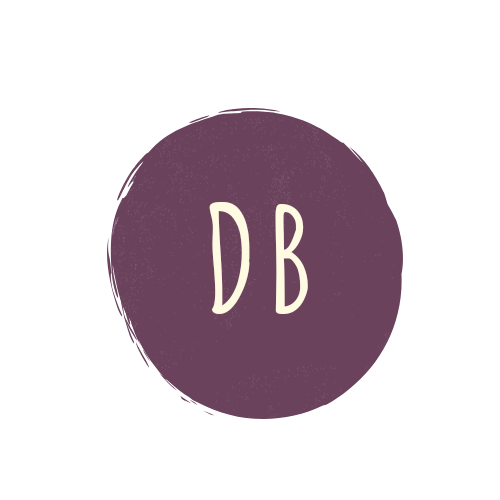 DB is also known by other names - Person-who-reads-and-walks, Devourer-of-chocolate-and-popcorn, as well as Future-Cat-Lady. Her friends call her if they need any help with English or a Harry Potter trivia question answered. She's currently 22 and lives in South Africa. Likes to juggle writing and beta reading alongside reading and reviewing. View all posts by dbsguidetothegalaxy

HAVE YOU listened to Bella’s lullaby today? Because you should! And why? Because Midnight Sun will be out on the 4th of August 😭😭😍😍 and honestly my teenage self is SCREAMING. I can’t WAIT for more Cullen time!!! #twilight #midnightsun #bookstagramsouthafrica #books #bookseries #youngadult #vampires
Now that it’s getting warmer outside, I can finally start reading outside! And I read a whole bunch of Undead Girl Gang! What are you currently reading? #books #undeadgirlgang #currentlyreading #librarylove #readersofinstagram #cat #bookblogger #books 📚 #instabooks #coverlove
It’s been a hot second since I’ve posted (a very long second). I’m not going to promise that I’ll post 3 something times a week because this thing is hard and my brain likes to latch onto things and go “We need to devote all our attention on this specific thing” 🚀 But!! I’ve read Volume One of Fence!! And have absolutely love it and plan to get the rest once I’ve finished my current books (it’s a reward for myself, shh. I also have maybe like 3 or 5 other books that are counted as ‘reward’ in my head 😂). Like Fence?? Is just amazing and I love the characters and the sport? 🚀Have you read Fence? Do you plan to? Do you also have 10+ books you’re using as rewards once you finish your current reads? Tell me down below in the comments!! #bookstagram #fence #graphicnovel #library📚 #books #read #readingaddict #bookblogger #bookaholic #readreadread
I might sneak in a quick reading sesh before I go to bed tonight, how about you? 🚀 As nice as reading in bed is, since you’re all snuggled up (dead of winter by me so what other choice do I have?😂), and all you have to do to sleep is just put the book on the floor and turn off the light - see, that’s exactly what the problem is! 🚀 Do you enjoy reading in bed or do you agree that it’s a risk to take? Or are you more like me and KNOW it’s a bad idea but you do it anyway? #bloggerlife #becauseofreading #bibliophile #bookishlove #booksofig #libraryhaul #tbr #minimalism #currentlyreading #contemporaryreads #booksbooksbooks #alwaysreading #bookspine #instareads #ipreview via @preview.app
You ever feel like you spend too much time reading? Yeah, me neither. 😂😂 #books #tbr #libraryhaul #yabooks #yareader #contemporaryreads #alistofcages #nextread #bookstagrammer #iloveya
I mean I haven’t read this book but I do love Cornelia Funke, if that counts? I’ve seen this book a LOT in my other library but never picked it up. Hopefully I’ll be able to (soon. Well, not soon soon) 🚀 Q: Do you have any books by your favourite author that you haven’t read yet? Drop yours down below! As for me... I have so many 😂 #reckless #corneliafunke #bookstagrammer #ilovereadingbooks📚 #readreadread📚 #tbrpile #coverlove #ownedbooks #readersofinstagram